In my opinion (even though no one asked) I feel like the church today has lost its shout. We all in one way or another have lost our praise. I know first hand how hard 2021 was and still is for some regarding their losses. I was affected closely by the pandemic by almost losing my husband, and was forced to walk in the trenches of my faith.

As much as I try to push the thought of my husband passing away, as deep down as humanly possible, that image lives permanently in my mind. It’s what my worst fears are made of. But even in those uncertain times, I never lost the understanding of who God was in all of that. I never lost perspective of how much bigger He was than my husband being sick or possibly dying. I knew that my biggest trial yet was like a grain of salt compared to Gods will and bigger picture. That God was sovereign over all things. Moving independently from us.

I always say that the medical field has always worked against me. Statistics, research and medical science fueled a lot of the faith I had. Not in God as healer, but the faith I had in hospitals, doctors and medicine. And I’ll be honest, it clouded my judgment significantly when my husband got sick. Even though I had knowledge of what was normal or abnormal when it came to vitals signs and quality of life. And even though doctors had knowledge about COVID and complications that stemmed from it, and even though there were all these statistics and research, NOTHING AND NO ONE could help him. He was dying in front of me and all of these things I put my faith in failed. And when I grasped what that looked like spiritually, I finally understood what being at the mercy of God meant. I saw what it looked like firsthand. I felt what it felt like to cling on to other peoples prayers and hoping that God was hearing them because I couldn’t manage one word. I watched minutes pass like hours and heard a silence so loud that sleep couldn’t drown it out. I sat in an empty room with reminders of all the things that couldn’t save him. And worst of all, my faith was backed into a corner, reduced to almost nothing.

As I reflect back on that time I can’t forget waking up at 5:30 that morning because of a random urge to check on my husband. As I walked into our room, I was met with this look of fear that I hadn’t seen in his eyes before. Something was different in his demeanor. That’s when I quickly realized he could no longer breathe on his own. He was helpless and I was hopeless. And we both knew there was nothing left for anyone to do. The only thing that came to mind as I watched him being taken away by EMS, was that I might never see him again. Hoping that wasn’t the last memory I was going to have of him alive. Convincing myself that people die everyday. That just because I am a child of God, doesn’t exclude me from a loss that great. Who was I to think that death wouldn’t knock on this door?

Have you ever been so scared, that this sensation rushes over you and you feel like all your blood has drained from your entire body? That feeling of worry that takes the breath right out you? Where you swear that your stomach fell out! I felt so sick with fear that the only thing I thought of was to run to my car and lock myself inside. And as I sat there alone I cried out the first prayer that I was able to in weeks, and it was delivered by pain and tears so deep down it physically broke me apart on the way up. And unknowingly I just screamed out “Abba father! No one can help him Lord. Only you can. We fail, but you always remain.” And stayed in the car and cried there until there was no more tears left.

Later that night, they said his health was declining and was now being put on the highest level of oxygen with talks of him getting put on a ventilator. The amount of emotions I was dealing with, the amount of uncertainty. Knowing it was completely out of my hands, is a humbling I hadn’t felt in that degree yet. Some say they get peace knowing that they are not in control. But I’m transparent enough to admit I wasn’t there. The only peace I had was understanding that God controls all things and that if my husband passed away, his spirit would be with God. He wasn’t obligated to spare his life, because he already spared his soul. That’s it. Everything else was like a soccer punch to my gut. All I could do was wait and see what God’s outcome was going to be.

I use to think that praise came from a place of being happy or grateful for what God was doing. But the understanding that I have come to know is praise comes from knowing who God is regardless of what your dealing with. I won’t lie, but I hated when people would say “he’s going to be fine sis, he’s going to walk right out of that hospital” or say “he’s not going to die, I just know it”. I know the intentions were coming from a good place, but from a place that lacked understanding that even if he died, or never walked out of that hospital and even if everything wasn’t “fine”, was never capable of changing who God was. Looking back on it now, I see how praising Him was the only light I had in such a dark hour.

The enemy is good at changing your perspective on who God is depending on the circumstances your facing. But praise is acknowledging who He is regardless of what is happening. It’s a gift we can give to God, by confessing who He is. We glorify Him through praise. We magnify Him over hardships. We always keep our praise. My pastor said something that I try to carry with me often. He said “when the enemy steals your praise, he steals your worship.” He robs you of what you were created to do. And to sit hear and say that praising God through the storm is easy, I’d be lying. But praise doesn’t come from an emotion, it comes from an understanding. 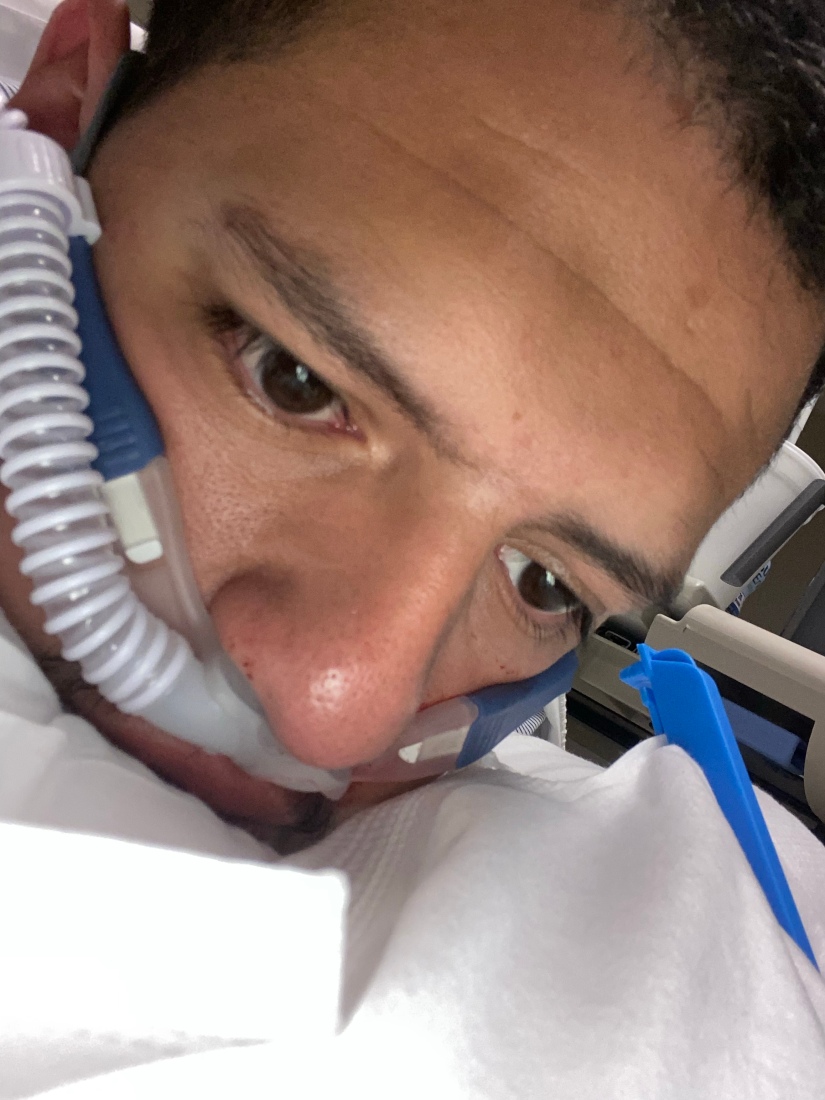 This site uses Akismet to reduce spam. Learn how your comment data is processed.

You say you love your family, your husband, your kids, your siblings, and your neighbors, the congregation of believers that God has entrusted you with. Then tell them the truth.… END_OF_DOCUMENT_TOKEN_TO_BE_REPLACED

The weight of our cross…

I hear people talk about picking up their cross, but no one talks about the weight of it… There is a scene in a movie I saw once called “Passion… END_OF_DOCUMENT_TOKEN_TO_BE_REPLACED

“But Jesus told him, “No! The Scriptures say, ‘People do not live by bread alone, but by every word that comes from the mouth of God.’ ”” ‭‭Matthew‬ ‭4:4‬ ‭🔥… END_OF_DOCUMENT_TOKEN_TO_BE_REPLACED

Something went wrong. Please refresh the page and/or try again.

One of my favorite books out right now! *A must read*